Silence Studio is not just a studio – it’s more a whole environment. In 1977 we moved from Stockholm to the very small little village Näved in the western part of Värmland, close to the Norwegian border. 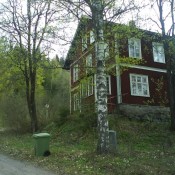 You can find us 110 km west of Karlstad, 110 km east of Oslo and 270 km north of Gothenburg in the middle of the nature and mountains and valleys.
The studio is designed to enable “live in studio” recordings, but can of course be used in what ever way you like.
The studio has different acoustical zones and two isolation booths, one for vocals and one to be used for acoustic instruments that might need to be isolated or vice versa. The vocal both has a small acoustic while the other is rather dry. It was originally built as a room for drums, and is still appreciated if you want a dry and distinctive drum sound. 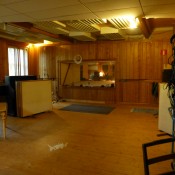 But since the house is big and in two floors you can record in a lot of places to achieve the sound you like the most. Sometimes the drums are placed in the upper hall to get an ambient sound. We do not really have a back line, but there is a Förster grand piano, a Wurlitzer and a Hammond with Sharma Leslie.

The control room is rather spacious and comfortable.
For questions about technical specification , please e mail anders@silence.se 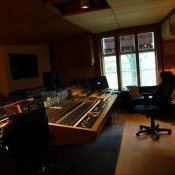 The Studio can be rented in different ways:
Either analogue and recorded on the 24 track recorder or digitally and saved on a hard drive which enable continuous work in other places.
The studio can also be hired with or without engineer. Today many musicians are also skilful engineers and only need our engineer for the initial set up. 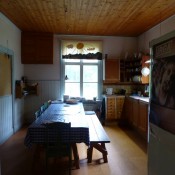 You live on the second floor in the same house as the studio. It works as a kind of hostel with 12 beds and a big kitchen where you can cook. If you want you might also be able to get catering at a reasonable price.

Right beneath the house is a beautiful river where you can go canoeing or catch a fish. Through the wood leeds a path to the lake where you can take a swim in the summer.

You might be lucky to see some wild animals outside the house. There is lot of birds, the cranes are coming in the springtime and eagles can sometimes be seen. Elks and roe dears are often seen and wolves and lynxes have sometimes been seen nearby. Berries and mushrooms are waiting to be picked. In the winter time you can take a slay ride downhill or go skiing. If you can find the time; – some of our guests never leave the big house, but they also, somewhat unheard, have been known to finish recordings earlier than planned.